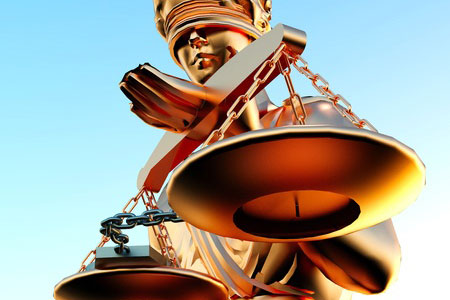 Privilege is not a given simply because there is confidential communication between a lawyer and their client for the dominant purpose of seeking or giving legal advice – there are a number of circumstances in which privilege may be lost or waived. Understanding these will help you ensure that legal advice remains privileged and does not have to be produced to opposing parties.

Privilege can be waived or lost either expressly, by simply producing the communication; or impliedly, through the conduct of the party who has the privilege. The key to waiving privilege is acting inconsistently in maintaining it. This article sets out the circumstances in which privilege for communications may be lost or waived.

Disclosing the gist of legal advice

A statement referring to the existence of legal advice may not necessarily waive legal professional privilege, providing there is no action inconsistent with maintaining the confidentiality of that advice. The purpose of the partial disclosure is also important. Below are the types of factors that courts take into account in determining whether privilege has been waived.

Making a public announcement by issuing, e.g., a media release saying you will win a claim based on legal advice will waive privilege. In cases where there is a ‘clear or deliberate disclosure of the gist or the conclusion of legal advice received’, it has been held to be unfair to allow a party to publicly announce such an assertion, and to insist on confidentiality as a ground for refusing access when inspection of the advice is requested.[i]

Where it can be shown that there is limited disclosure in the public interest, a court may find that privilege has not been waived. In College of Law Limited v Australian National University,[ii] Justice Griffiths found privilege had not been waived for legal advice, where reference had been made to its ‘overall effect’ in agenda papers for an ANU council meeting and in another document, both published on the University’s website. It was held that the purpose of the disclosure was not to secure an advantage for ANU, but to provide ‘public accountability and transparency in respect of the University’s activities’ in the context of a restructure.

Where legal advice is provided in either board or committee meetings, care in the recording of minutes can ensure that privilege is not waived inadvertently. For example, where minutes record discussions concerning legal advice in the context of wider commercial issues, or where an ‘issue waiver’ may arise in subsequent litigation, privilege may be waived (see ‘Issue waiver’ below).

In Seven Network Ltd v News Ltd & Ors (No. 12),[v] a party in a litigation case discovered a board paper and electronic copies were provided to the other parties. The board paper, under the heading ‘Legal Risks’, included the statement, ‘[o]ur legal advice is that the risk of damages being awarded against Optus is low.’ Justice Sackville held that privilege had been waived, because the gist, or conclusion, of the legal advice amounted to a waiver of the entire advice.

Rather than set out the details of the legal advice discussed in a meeting and risk waiving privilege, it is preferable that the minutes record that a particular matter discussed was subject to legal professional privilege and, if appropriate, that the advice be included as a separate attachment, marked ‘Confidential and Subject to Legal Professional Privilege’.

Issue waiver arises where one party pleads that they took certain action and, in so doing, shows their state of mind at the time regarding the action they took. That is, the party has, in its pleading, put in issue a matter that cannot be fairly assessed without examination of the relevant legal advice, if any, the party has received.[vi] By putting in context their reliance on legal advice in their action, they are taken to have consented to, or waived, use of the relevant privileged material.

In Bartolo v Doutta Galla Aged Services Ltd,[vii] a defendant employer was ordered to produce an investigation report, which had been taken into account by the employer’s board in recommending the CEO terminate the employee’s contract. Although the CEO had not received a copy of the report, he, relying on the board’s recommendation, terminated the employee. The employer’s response to the claim noted that the board’s recommendation had taken into account the report that the company’s lawyers had prepared. Justice Whelan found that the employer had put in issue its state of mind by seeking to rely on the investigation report concerning the CEO’s state of mind, and that, therefore, it would be unfair to allow the defendant to do so without disclosing the report.

A common issue for in-house counsel is controlling dissemination of legal advice within an organisation and among related entities, such as a parent or subsidiary company. It has been held that intra-company disclosures of legal advice, or the substance of that advice, by an officer in a corporation to other officers within the same group will not result in a waiver of privilege.[viii]

When giving legal advice within a company, in-house lawyers need to ensure that it is for the dominant purpose of advising the client. For example, in Wingecarribee Shire Council v Lehman Bros Australia Ltd (in Liq) (No. 5),[x] (LBA) the court held that LBA’s in-house lawyer, who provided advice to the LB Asian entity within the LB group, had multiple purposes for creating the documents in question and that only one of them was to give advice concerning possible claims. The court also found that one of the purposes was advice or assistance to other Lehman entities. Therefore, the relevant documents were not privileged and were ordered to be produced.

Privilege is not waived by disclosure of documents to a third party where there is common interest privilege, providing that:

In Asahi Holdings (Australia) Pty Ltd v Pacific Equity Partners Pty Limited (No. 2),[x1] the issue was whether privilege had been waived by providing to the insurer a copy of a report that Asahi’s lawyers had prepared. The court found, on the facts, that while there was a duty of disclosure under the insurance policy, it did not require privileged information to be disclosed.  In this case, the report had been provided voluntarily to a potential opponent without seeking to secure the report’s confidentiality, and in support of its claim. Justice Bromberg found that the insurer’s intended use of the report must have included assessing the claim and the use of the report in any proceedings, which, therefore, was a complete waiver.

In Expense Reduction Analysts Group Pty Ltd v Armstrong Strategic Management and Marketing Pty Limited,[xiii] the High Court held that where a court orders discovery, it has the powers necessary to permit a party to act to correct a mistake in response to an inadvertent disclosure of discovered documents. The court identified the following circumstances as instances where courts may not permit a mistake to be corrected:

Communications between a lawyer and a client that facilitate a crime or an improper purpose, such as a fraud, are not protected by privilege. This is referred to as the ‘fraud exception’, since to permit the communication to be privileged would be contrary to the public interest. In AWB v Cole,[xiv] it was held that the evidence, on its face, established that a transaction was dishonestly structured so as to misrepresent the true nature of trucking fees, which were actually a means of extracting money from a United Nations escrow account. Therefore, a wide range of documents were found not to be privileged, including those defining the scope of internal investigations and those concerning the investigations (e.g., notes, records of interview and of meetings, as well as communications seeking, or providing, legal advice on whether any wrongdoing had occurred in connection with the transaction).

Prior disclosure to regulators

Where legal advice and other information is provided to regulatory bodies carrying out investigations, a claim for privilege made in subsequent proceedings cannot be maintained over communications produced in the earlier investigations.[xv] This may extend to summaries, chronologies, witness statements and other documents about them.[xvi] In Seven Network Ltd v News, Justice Graham held that files and notes detailing what had been said in a meeting between the Australian Competition and Consumer Commission (the ACCC) and the party involved in the subsequent commercial litigation, which disclosed legal advice that party had received, were not privileged. This was because the ACCC was not under a duty to treat the legal advice as a confidential communication and there was not a common interest privilege.[xvii]

Does your organisation need strategic advice or training on issues relating to legal professional privilege?

For further information and advice on legal professional privilege and risk management for your organisation, contact Susan Bennett, Principal, on +61 2 8226 8682 or email susan.bennett@sibenco.com.

Click here for the pdf version of this article