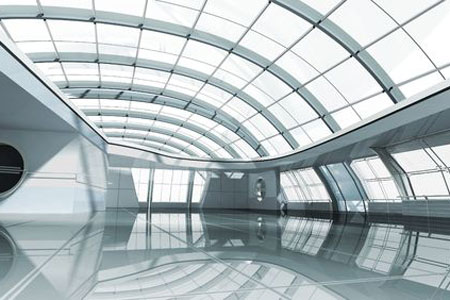 How well an organisation deals with its delegations is fundamental to its efficiency to maximise opportunities and minimise risk.  From a practical management perspective it is necessary in every organisation to devolve decision-making from the central source of authority downwards. This enables decisions to be made at the coal-face, by employees or committees with the required specialised knowledge, and in a timely way.  However, decisions made without proper legal authority can put your organisation at financial and legal risk.

What is a Delegation?

Delegations empower employees and committees with the authority to make legally binding decisions on behalf of their organisation. Delegations are a function of administrative law expressed, in ordinary terms, as ‘who can legally do what’.

Delegations are the formal authority:

The source of authority depends on the type of organisation:

An organisation must act within the boundaries of its Act and/or Constitution. Understanding the source of authority is important – for example, in the University of Western Australia v Grayi the Full Federal Court held the University exceeded its source of authority when it purported under its Act to make regulations affecting the property of others (intellectual property of academics), when its Act gave authority only to manage and control its own property.

How is authority delegated?

The authority to delegate is contained either in the enabling Acts or the Constitution which contain specific provisions authorising the governing body (e.g Board of Directors, Senate or Council) to delegate to employees and committees.

Many organisations have Delegation Frameworks at varying levels of sophistication that consolidate and list delegations, enabling employees and the outside world to identify decision-makers and the extent of authority.

AUTHORISATIONS (in the public sector)

Authorisations in the public sector concern the power of a Minister to devolve decision-making power downwards within their department.

What is an Authorisation?

An authorisation in the public sector, is a legal mechanism developed by the courts permitting a delegate under a statutory delegation of authority conferring a right on a subordinate to exercise specific powers given to that delegate – it is referred to as the Carltona principlev and operates on the basis that a delegate can appoint an agent to perform his/her functions under certain specific situations.

An authorisation is nota delegation. This is because ultimate accountability for the exercise of the decision-making rests with delegate not the person authorised. Authorisations need not be in writing although it is advisable to do so.

A delegate cannot ‘authorise’ an individual to exercise all powers of the delegate. An authorisation should not be made where:

It is important to note from court decisions, that the boundaries of what can be legally authorised is unclear and that all legal decisions relating to authorisations are to-date in the government sector.

Benefits of Delegations and Authorisations

To maximise effective decision making, organisations must develop a strategic context for decision-making, ensuring that policies and decision-making processes are up-to-date, transparent and readily accessible to all. A well-constructed set of policies and delegations framework together with an appropriate system to oversee and monitor are all necessary.  It is also important that all employees understand who can make decisions within their organisation and that the decision-makers are well trained in the principles governing delegated powers.

For further information or training on governance frameworks or delegations for your organisation phone 02 8226 8682 or email info@sibenco.com.